Earlier that day he had gone to Planned Parenthood in his home state of California. The nurse injected him with a syringe full of a thick, clear liquid called testosterone. The 20-year-old had just received his first hormonal treatment, which he would have to take every week for the rest of his life. 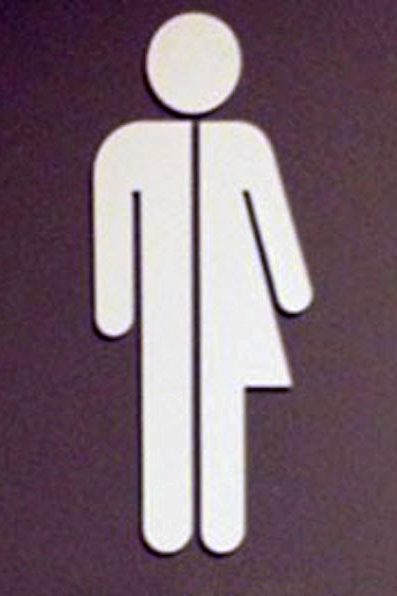 cifically chose October 30th because that was my original due date and I was born early, so I wanted October 30th to be my rebirth date,” he said.

Hormonal treatments meant his testosterone levels would go up and his estrogen levels would go down. As a result, facial hair grew within six months, he felt more energized and he even experienced road rage for the first time.

“When the testosterone started being more powerful I had a lot more energy and I was really hungry,” he said. “I had so much energy I couldn’t sit in my desk. I was walking in the back of the classroom because I didn’t know what to do.”

This was only the beginning of many changes for him.

Growing up, he wasn’t allowed to do “boy things” or watch what his parents believed to be “boy shows” like Power Rangers and Harry Potter, and yet he always knew he was a boy.

“I knew I was a man, but I didn’t have the words to express it,” he said. “I didn’t even know that there was a possibility that you could change.”

He grew up in the small town of Mammoth Lakes, California, which has a population of about 8,000. In the little town there wasn’t easy access to LGBT resources or literature. While growing up, he was always in the library reading books and he even stole some of them to educate himself on LGBT issues because he didn’t want the librarians to see what books he was checking out.

Soon after he began to understand and accept who he really was, he made a list of things that he wasn’t going to deny himself any longer. At the top of the list was, “I am a boy.”

And so his journey began.

According to a study conducted by the Williams Institute, about 1.4 million adults in America identify themselves as transgender. The number is equivalent to 0.6 percent of the U.S. adult population. The study found that the state with the highest percentage of people identifying themselves as transgender is Hawaii, while the state with the lowest percentage is North Dakota.

The researchers also found that younger adults between 18 and 24 are more likely than older people to say they are transgender.

“A perceived increase in visibility and social acceptance of transgender people may increase the number of individuals willing to identify as a transgender on a government-administrated survey,” the researchers reported.

When he told his family that he was a man, his mother, father and brother supported him. However, his mother said she was a little sad because she will never go wedding dress shopping with him.

“If you wanna go wedding tie shopping with me, we can do that,” he told her.

His parents are still trying to accept and understand the journey that their son has decided to take. After all, they have known him since before his “rebirth” and had to get used to the changes that occurred as he started to become himself.

His mother is always worried for him. Her brother Barney was gay and died of AIDS. She fears the same thing could happen to her son.

“He would be so proud of everything I’ve done,” he said about his uncle. “I want to be courageous because he didn’t get a chance to.”

He started going to an LGBT church and support groups to help him move forward with his journey.

After his first hormonal treatment came the name change. He wanted his name to match his gender. He had an imaginary friend for most of his young life. This friend would get to do all the “boy things” that he wasn’t allowed to do while growing up, like playing sports and watching boy shows. This imaginary friend’s name was Max. He explained that instead of having this imaginary friend only live inside, the friend was finally coming out. It was only fitting that he chose Max to be his name.

Just because he wanted to be Max didn’t mean it was that easy. Changing legal documentation is one of the longest processes for transgender people.

He had to stand in line and argue with administrators from different agencies because not many of them knew how to deal with situations like this. There were no protocols for transgender name changes.

The first step for him was going to the courthouse to do the initial court filing for a name change. After the filing, he had to run a news article in the newspaper stating that he was changing his name. The article had to run in the paper for six weeks.

“In the beginning you feel vulnerable because you don’t have any documentations explaining who you are,” he said. Overall, the name changing process takes a couple of years and transgender people are never sure if one day a documentation that wasn’t changed may come back to hurt them in the future.

Although his journey may have been rough, he is proud of where he is and all that he has accomplished.

In 2015, he moved to New Mexico and is now attending New Mexico State University where he has started an organization called Gender Diverse Aggies, a student group promoting gender diversity.

He continues to advocate for transgender people and has written a book called, “Defining Myself: Transmasculine Experience Through Poetry.”

“It’s wonderful to empower people and share their poetry,” he said.

He will be graduating in May, 2017. He is excited about all the free time he will have since he won’t be busy with school work.

The first thing he plans to do is read Harry Potter.