Students at New Mexico State University have formed political advocacy organizations on campus that voice the concerns of young citizens and voters of New Mexico. These organizations set out to influence students to actively participate in politics and stimulate student interest in political issues.

Although these student organizations have one goal in common — getting more students to become more politically involved — they differ in political concerns and opinions.

Here is a brief overview of three of the higher profile, more active political groups on campus: 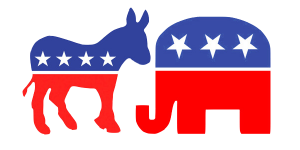 The College Democrats and College Republicans (also known as “Aggie Republicans”) at NMSU aim to inform students about their respective political parties and educate them about the importance of voting. They have different policy ideas and attitudes toward political justice, but both aim to raise political awareness on campus by gathering to discuss governmental affairs and concerns.

“It is extremely important to have politically involved organizations on campus. The more organizations we have, the more informed students are about both parties and their platforms. Students don’t know much about the platforms and are not very involved. By having organizations, we motivate them to vote and get involved,” said NMSU College Republicans Chairman, Ever Vidana.

The NMSU chapter of Planned Parenthood Generation Action focuses on reproductive freedom and comprehensive sex education with an eye toward fostering lasting change in the local community. The club meets every other Wednesday of the month at Corbett Center. The meetings provide an informal opportunity for students to learn more about the intersectionality of reproductive justice.

EDITOR’S NOTE: With early voting already underway and the official 2018 midterm election day drawing near, these groups’ efforts to motivate students to vote and get involved are now more relevant than ever. These politically active clubs offer students safe forums for discussion and education on a wide range of issues including those brought to light by this year’s midterm elections.

Students looking to meet other politically minded students, or anyone who simply wants to know more about any of the groups profiled here are encouraged to get involved by attending meetings and asking questions.