Staying focused, avoiding procrastination and making it through final exams is one of the toughest challenges many college students face during finals week.

It is highly crucial and important to stay focused while studying for finals, especially if you expect to score well. According to the American Psychological Association, between 80 and 95 percent of college students procrastinate. 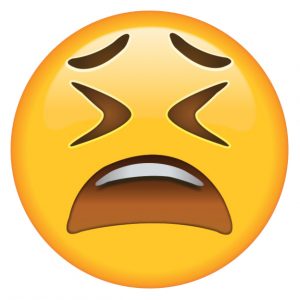 “According to the American Psychological Association, between 80 and 95 percent of college students procrastinate.”

David Molina, a criminal justice major at New Mexico State University, said he gets through finals week by forming study groups and getting together with other students to review the information.

Another way to stay focused during finals week is to find the right work environment. Where you choose to study is key because the comfort of your bed, for example, can drain you of motivation and lead you to procrastinate.

There are many effective strategies and tips to make studying for finals easier and more efficient. According to the Academic Success Center at New Mexico State, students should always take active notes they can review later when studying for the big test.

The Academic Success Center also suggests students not study too much all at once, as they will get tired and the studying will become ineffective.

NMSU education major Grecia Duarte said, “The way I stay focused during finals week is by organizing my time and taking a break here and there. If I study for hours without taking a break, I think I’d go crazy.”

Students should also try to study at the same time each day, so it becomes like a routine and not a burden to do.

Other suggestions for staying on track when studying during finals week include disconnecting from social media.

David Molina tries to limit screen time while studying. “Cell phones can become a huge distraction to getting any work done,” Molina said.

Setting goals is another great way to stay focused on your work and to measure your progress. Knowing you’ve studied a good amount will help relieve some stress and prepare you for more studying.

Another great tip is to not prioritize studying over sleep. During finals week, sleeping is probably more important than any other time of the semester. Getting enough sleep will boost your brain’s natural problem-solving ability and enhance your memory. In short, getting a good night’s sleep will more likely help you recall the information you’ve already studied.

Finally, you should always remember the grades you receive on your final exams do not reflect your value. Stress can sometimes bring out the worst in people, so stay positive and motivated. And make sure to reward yourself for a job well done after the week is over.