On Thursday, Oct. 17, the “Look Who’s Dancing” season 12 contestants really put the emphasis on the “look” part of the event at the Pan American Center.

For those who don’t know, “Look Who’s Dancing” is a fundraising event hosted by the NMSU DanceSport Company. Most people like to think of it as the Las Cruces version of “Dancing with the Stars.” 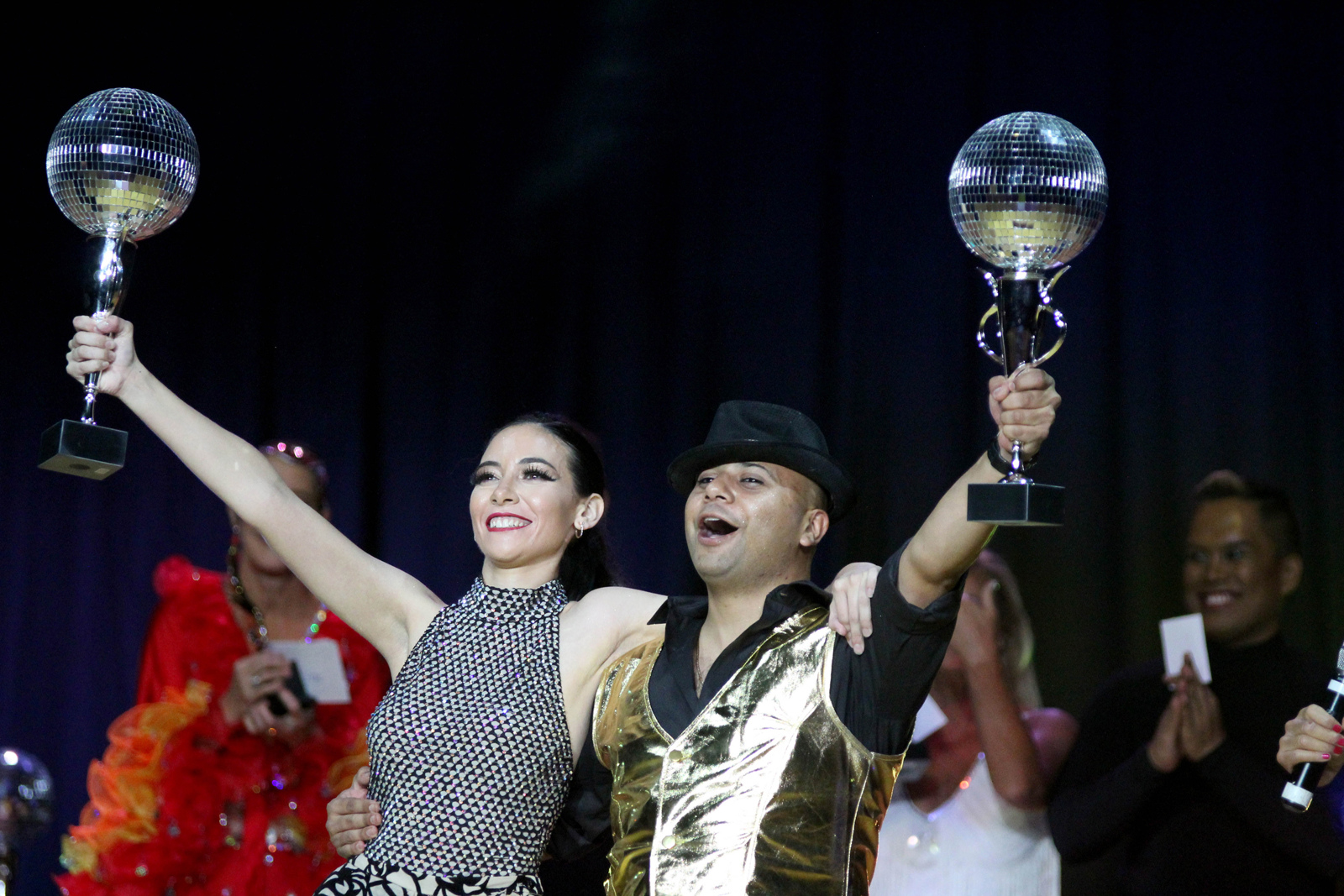 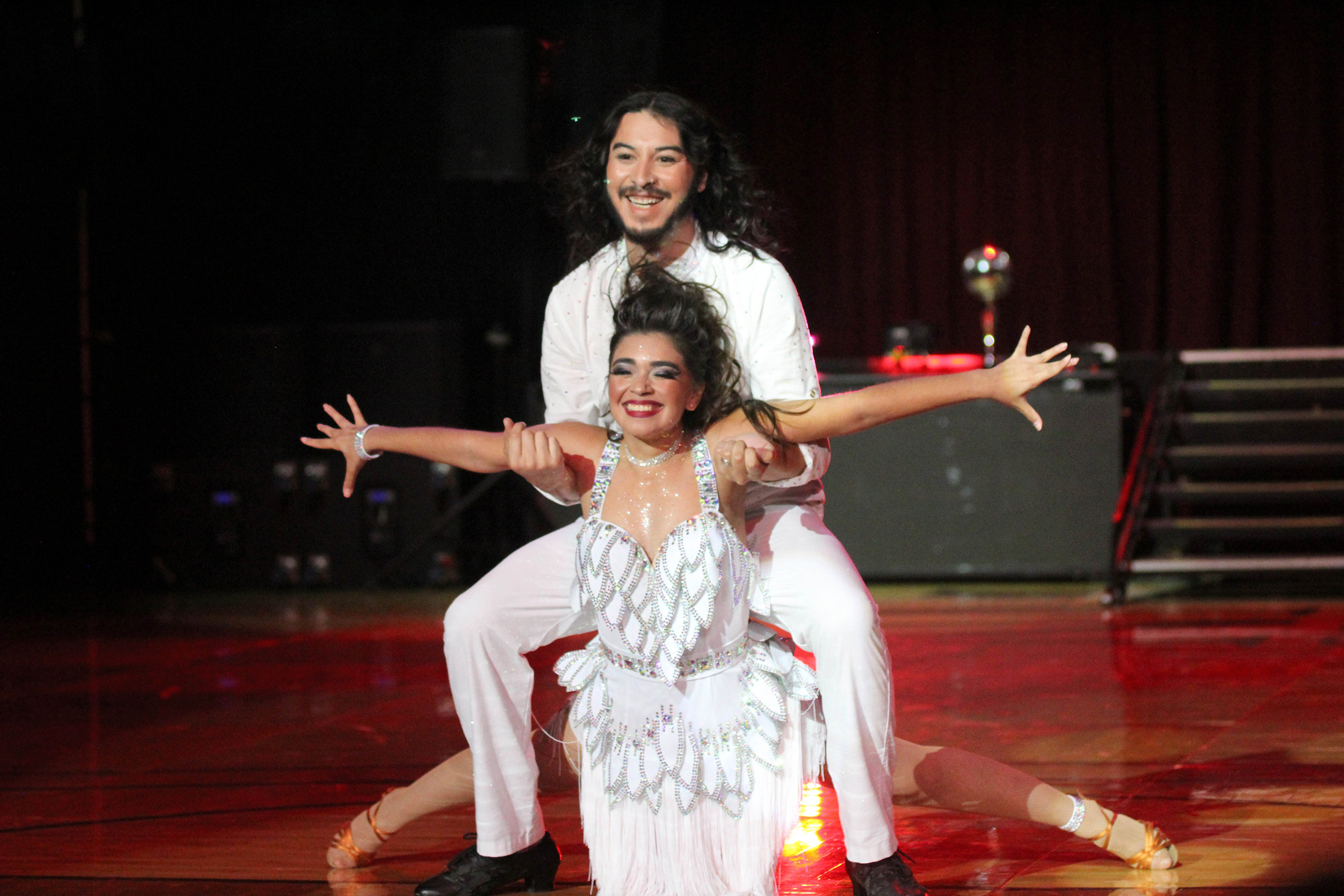 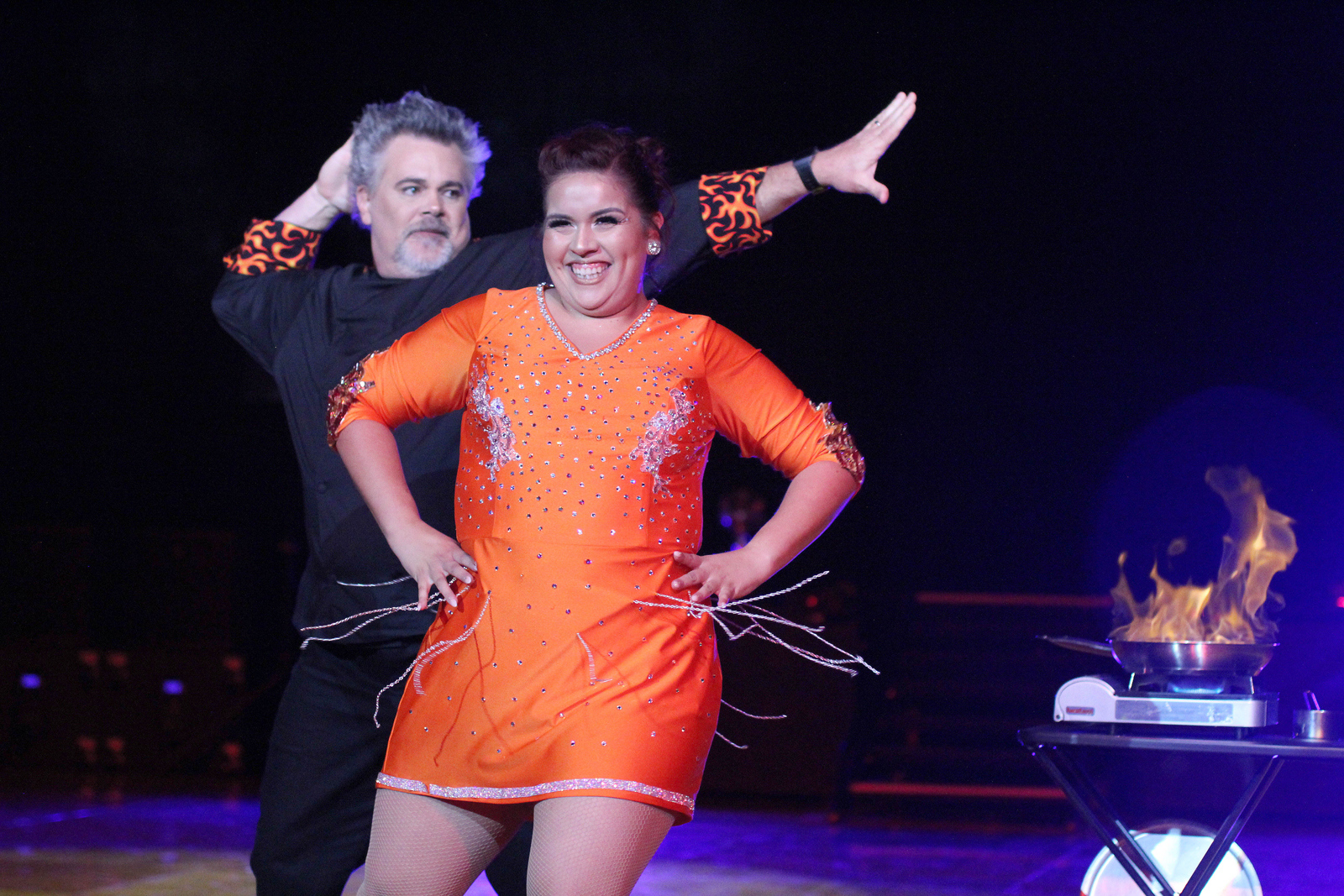 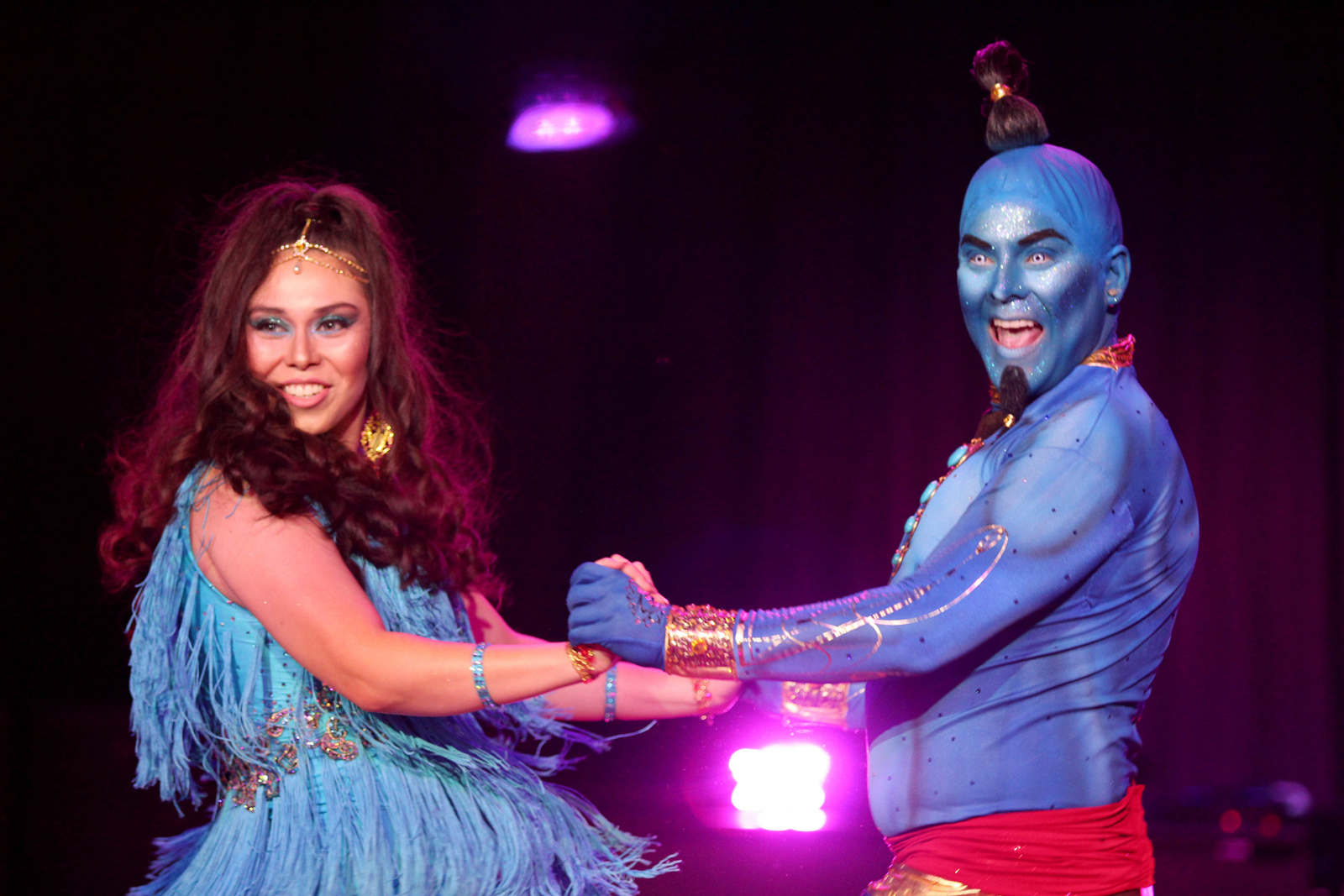 In “Look Who’s Dancing,” the stars are Las Cruces celebrities who have big enough reputations to not only be recognized by the people of Las Cruces, but also raise money for the NMSU dance program. The stars are paired up with students, and together they compete to win a mirror ball trophy.

This is the first year the dance program was able to recruit enough individuals to form a hip-hop team. The nearly all-female group consisted of just one male dancer. The team put on a well orchestrated routine Thursday, with clean choreography despite having only been part of the dance program for a few months.

There was also a ballroom and hip-hop performance from a special guest dance team called The Surge. While these kids without a doubt had rhythmic talent, their street cred style was not as clean as their elegant ballroom piece.

As usual, the event featured flamenco dancers who never disappoint, and always seem to amaze. These Spanish dancers were flawless all the way through.

Thursday’s event also featured a contemporary dance team. The routine the team performed was perhaps one of the best I have experienced. The style was very fun and upbeat and represented a retro ’60s theme.

Now for the main event. The couples had to perform two choreographed numbers — the first being a waltz, and the second any other style of ballroom dancing ranging from classic swing to latin cha cha.

The waltz is perhaps one of the easiest dances to learn, but it’s one of the most exciting styles to watch. It’s the elegance of it that keeps audiences mesmerized … that and all the bedazzled stones. The couples all finessed their way through their waltzes. The real creativity was in their second choreographies.

Every couple’s theme was a totally original concept. The best and perhaps the cleverest concept brought on stage was a performance by NMSU student Brianna Garibay and her partner Thomas Drake, who is a culinary chef instructor at Doña Ana Community College.

Because of Drake’s background in culinary arts, it was more than appropriate for him and Garibay to perform a cha cha to the song “Fireball” by Pitbull. Drake presented himself as Guy Fieri dancing with his fireball (Garibay in an orange sequin dress) and even lit a flambé in a pan on the dance floor.

After all was said and done, the judges tallied up their scores. This season there was so much positive energy from the contestants, no one was sure who was going to take the first-place mirror ball. NMSU junior Rebecca Sprowls and her partner Moises Mascorro, who is an investigator with the New Mexico state police, ended up taking first place with their swing performance. It was an unexpected outcome.

During Sprowl’s performance with Mascorro, there was just an explosion of charisma and the two were completely in sync with each other on the dance floor.  It was a well-deserved win for both of them.

Second place went to NMSU student Karen Torres and her partner Corey Cepeda. While their performance was flawless, they just didn’t have the spunk that Sprowl and Mascorro had. The two of them had a really good routine and it would have been a shame for them not to finish in the top three.

Finally, third place went to NMSU senior Crystal Miranda and her partner Jeremy Duran. While they had the most recognizable song and theme, “Never had a Friend Like Me” from Disney’s live-action film, “Aladdin,” their performance wasn’t as representative of the samba style they were assigned. Although the routine was well-rehearsed, some might say it was the couple’s stage presence that won them the bronze.

The views, thoughts, and opinions expressed in this article belong solely to the author, and not necessarily to New Mexico State University, the NMSU Department of Journalism and Media Studies, Kokopelli, or any other organization, committee, group or individual.