LAS VEGAS — The New Mexico State Aggies men’s basketball team crushed the competition today in its first game of the 2019 Western Athletic Conference Tournament at Orleans Arena. NMSU beat the Chicago State Cougars 86-49 in the first matchup of the day.

“We didn’t start off the game as well as we had liked,” said New Mexico State men’s basketball head coach Chris Jans. “The first two minutes were okay, and then for whatever reason we were real stagnant on offense. Their switching defenses was giving us problems. In the second half, obviously, we regrouped and then came out a little more feisty.”

NMSU was up by 12 at the half (35-23) with a strong showing from the starters. New Mexico State’s leading scorer, Terrell Brown, put up 7 points in the first half alone. C.J. Bobbitt and Eli Chuha weren’t far behind Brown with 6 points apiece.

The Aggies were scoring from the paint and using second-chance buckets to extend their lead and showcase a .419 percentage from the field. Three-pointers weren’t a success in the first half for the Aggies as they only shot 4 of 20 from beyond the arc.

The second half, however, was a different story. A 16-0 run to begin the second half launched New Mexico State. The Aggies scored 51 points on a .515 shooting percentage. NMSU also shot above the 40 percent mark beyond the arc.

“When you can limit a team’s three point makes, it makes a big difference. It’s such a weapon now in college basketball. There’s a lot of focus on the three-point shot,” Jans said.

NMSU will face No. 4 UT Rio Grande Valley in the semifinal round Friday at 6 p.m. PST. 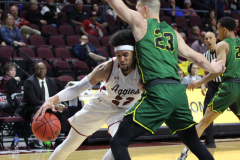 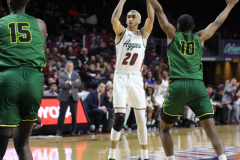 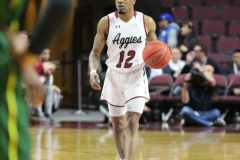 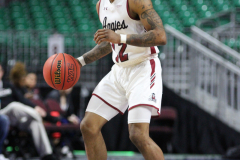 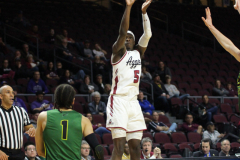 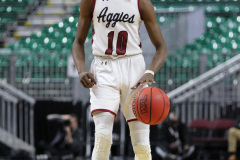 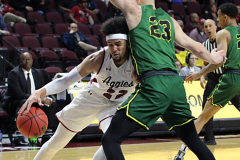