DACA, which stands for Deferred Action for Childhood Arrivals, is a program that helps illegal immigrants who were brought to the U.S. as children, by protecting them from deportation and allowing them to work legally in the United States. The future of these young immigrants will be decided by the US Congress, which has until March 5 of next year to legalize DACA.

In Las Cruces, the collective project La Gente de Las Cruces, along with the New Mexico Dream Team, organized a statewide student walkout for immigrant justice. The protest took place at the New Mexico State University campus Sept. 5, as well as at other university and college campuses across New Mexico.

Over 100 people came together at the NMSU free parking lot to protest President Trump’s decision. Zachary Kershaw, a student at NMSU, was one of them.

“I’m here today because I saw a post on Facebook about demonstrations statewide organized for DACA recipients,” Kershaw said. “I just wanted to come out and stand alongside the people who are being threatened with being ripped away from their homes and families.”

Brandon, who refuses to give his last name, is one of those young adults who could be facing deportation if Congress does not come up with a plan within six months.

Brandon is studying architecture. He also works to support his parents and brother.

Before DACA, he said “I felt like I wasn’t human. I felt like I was just being left out and I wasn’t treated like a human, so now that I do have a permit it helped me a lot because I was able to get my own job, to go to school, pay my own bills, stuff like that.”

People under DACA are able to obtain legal employment and study in the U.S.

Brandon, like the other 800,000 Dreamers living in the U.S., is ineligible for medicare, social security, Section 8, food stamps or any other form of government aid.

“These are the stories of real people,” McCamley said. “Real people who are our neighbors, our friends and our family members, that are affected by the president’s decision today. It is up to every single one of us to stand up and make sure that in a democracy we support our people. Cause ripping them apart from the only communities they have ever known is not what this country is about.”

The Trump administration will stop considering new applications for legal status dated after Sept. 5,  but will allow any DACA recipients with a permit set to expire before March 5, 2018, the opportunity to apply for a two-year renewal. The deadline to apply is Oct. 5.

Brandon said that although he is afraid of his future, he still keeps hope.

“I’m here at this event to find more Dreamers and help them out with anything that they need. I’m here to give a little bit of hope to anyone. Show the world we are united and hope for the best.” 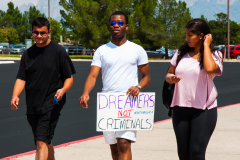 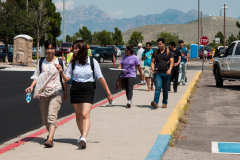 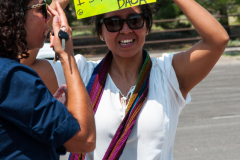 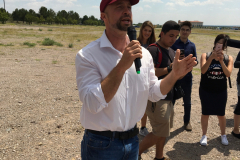 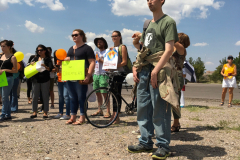 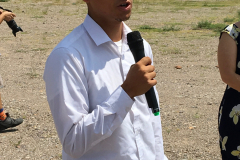 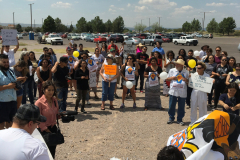 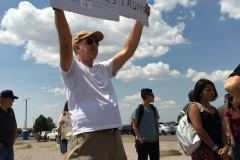 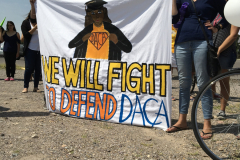