The women lost their first three games during pool play against Colorado School of Mines, Colorado College and Colorado Mesa University. They came back on the last game, playing CC again and winning 27-10.

Scored similarly to football, a “try” in rugby is worth five points and a conversion kick happens afterward and is worth two points if the ball is kicked through the uprights.

The NMSU rugby team is currently playing sevens, meaning there are seven players on the field from each side, and each half lasts seven minutes, with usually a two-minute halftime.

Since this tournament was a national qualifier, the team was only allowed five substitutes each game (unless more had been needed because of injuries). Under these rules, once players come off the field they cannot go back on for the remainder of the game.

Although the team did not qualify for nationals in this conference, they have an open invitation to play in the sevens national championship or “May Madness Sevens” tournament in New Orleans May 28-30. The tournament is hosted by National Collegiate Rugby. The team is planning to go and play in the Division I bracket if they can get funding for it from NMSU.

Justin Karrenberg, the coach of the team, said the team played up to his standards and did very well. “This whole season we’ve been playing in the Rocky Mountain conference, and in these tournaments we are facing DI and DII teams that play at a very high level. I think the elevated competition has really forced our players to step up in their playing,” Karrenberg said.

Karrenberg did indicate there is room for improvement. “Some simple improvements would be to expand our technical ability such as passing and tackling. While we have a good foundation of these skills, it’s always a constant pursuit to have the whole team operating at a higher technical level.”

According to Karrenberg, behaving at a high level is almost as important as playing at a high level. He said the behind-the-scenes parts of being on a team are just as, or possibly more, important than performing well in games. “I’m excited about the foundation we’ve built over this past year. Not just in relation to our rugby skills, but more importantly about what kind of organization we want to be, the character we’ve built, and the values we use to provide direction in how we live and play,” Karrenberg said.

Francis Hernandez, a senior in animal sciences and one of the team captains said that she felt the team played well. “Our last tournament didn’t go as good as we wanted to and we turned it around this weekend and got third place,” Hernandez said.

Hernandez said that sometimes her nerves catch up to her before a game. “I tend to get in my head about what I need to get done on the field. Once I get that first tackle in and when, as a team, we begin to make moves towards the try [line], I feel way better and totally in the game to win it,” Hernandez said.

Hernandez said that one of her favorite parts of the tournament was that almost the whole team was together. Even the people who couldn’t play because of past injuries were there. “Just everyone being there and bringing their energy helped bring in more positive vibes that translated to the games. Personally, this alone eased my nerves going into the games and allowed me to have more fun while playing,” she said. 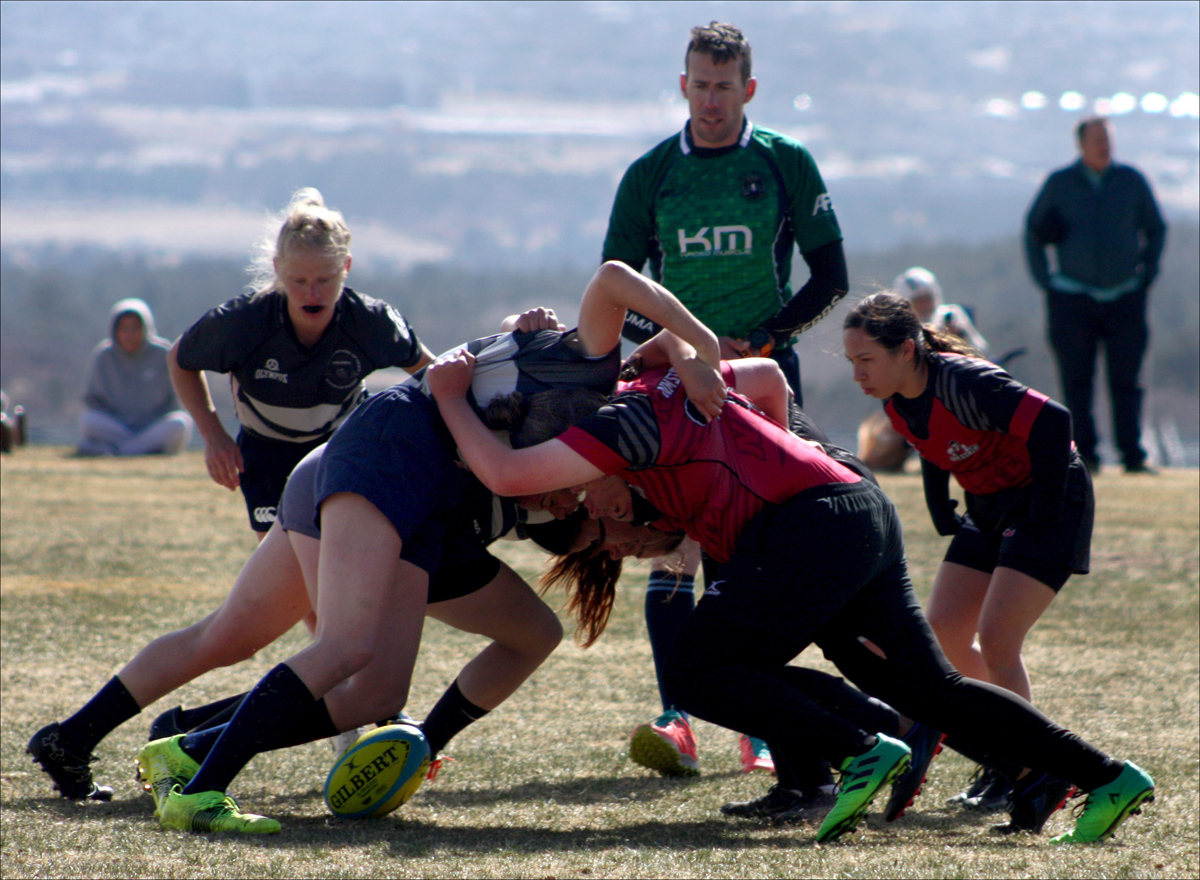 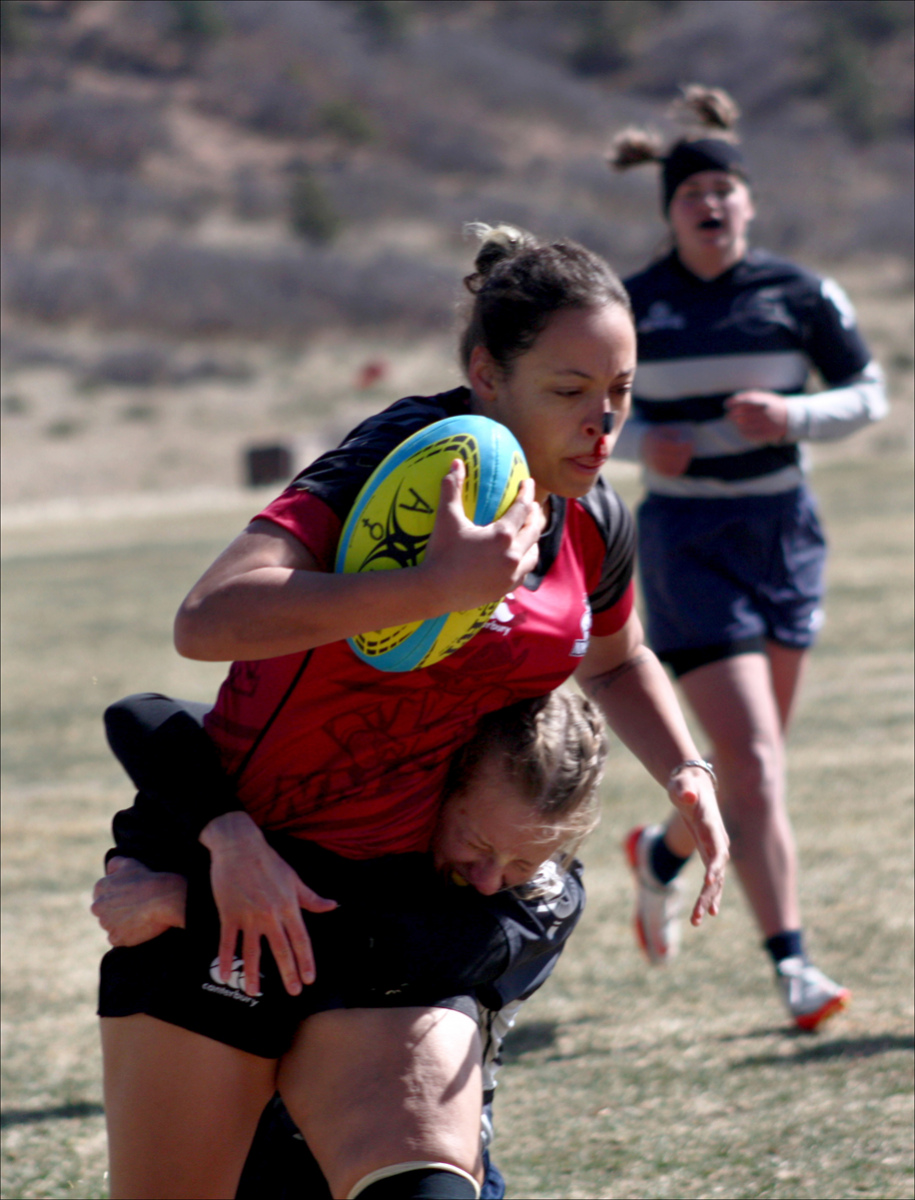 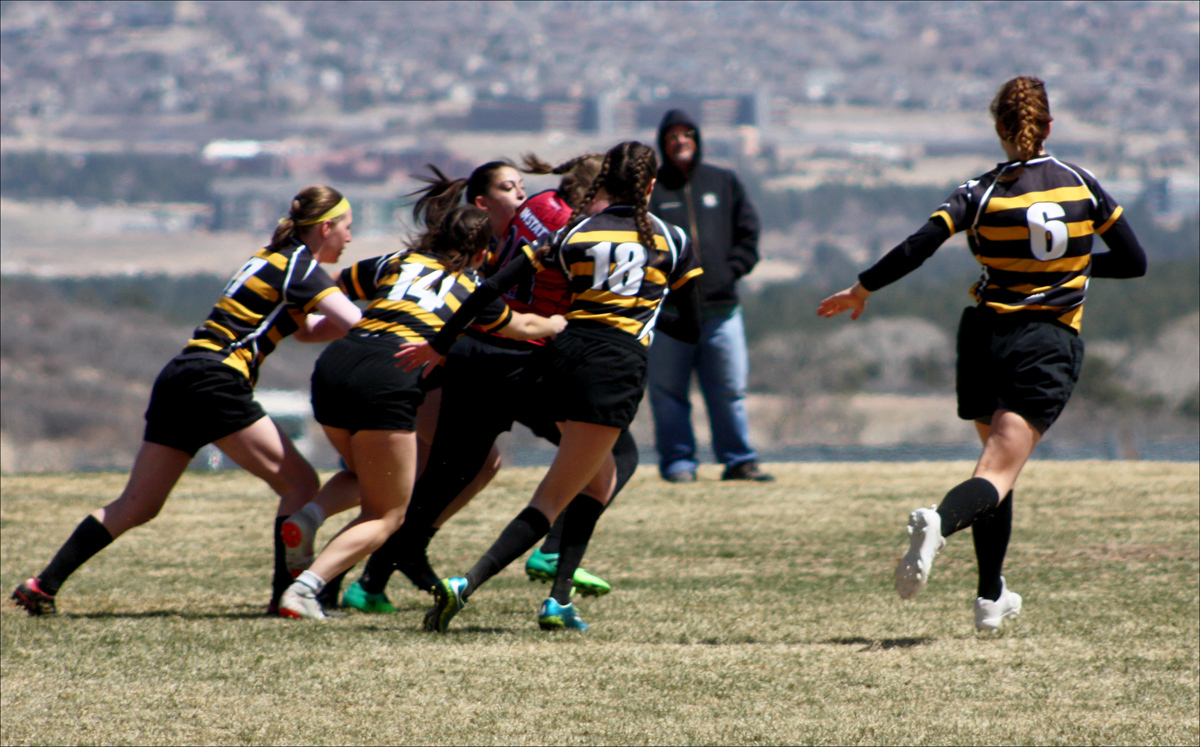 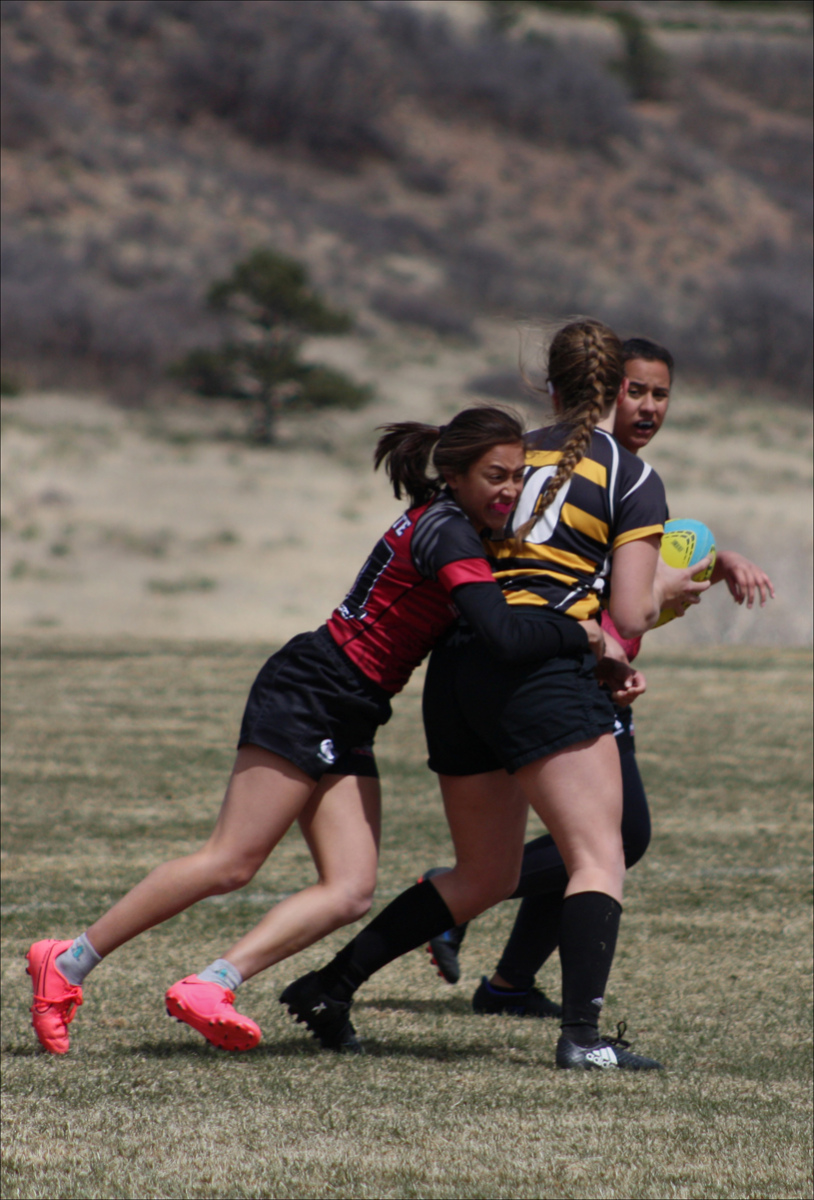 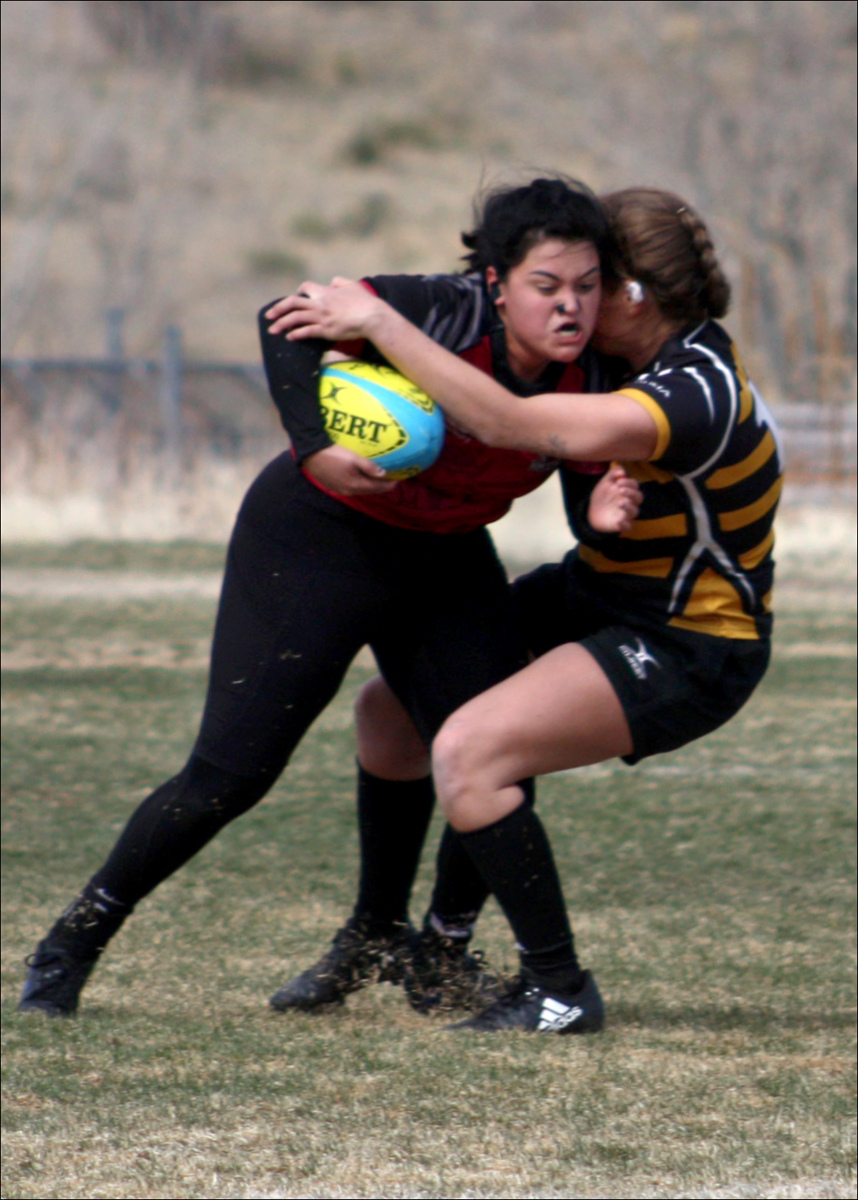 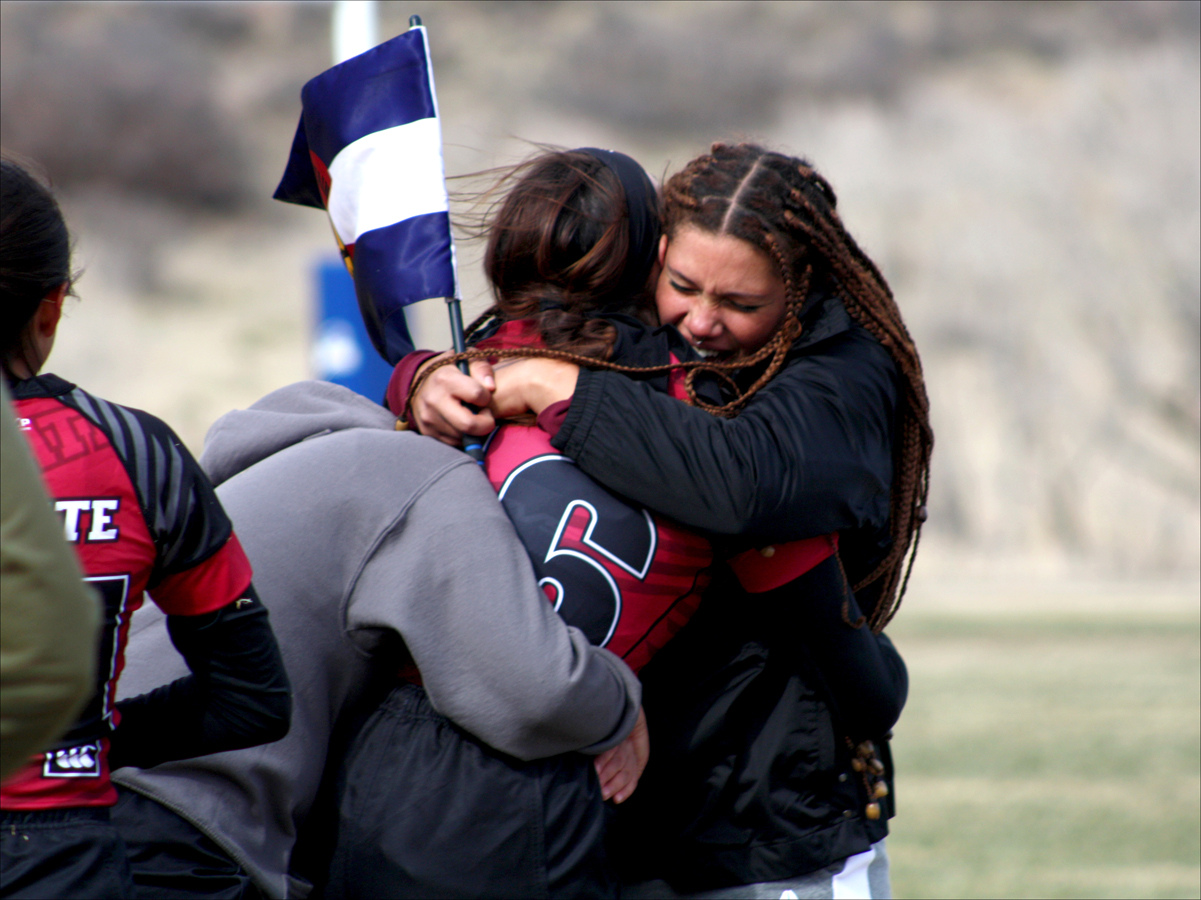