Two convenience stores (Aggie Corner and Aggie Express) located on the New Mexico State University campus are set to close Dec. 8. The stores are set to reopen by the spring semester under new management — Sodexo.

The change will add more retail space operated by the third party food vendor on the university campus. Currently the convenience stores are operated by Barnes & Noble Bookstore. The move to shift operations was announced in early October. 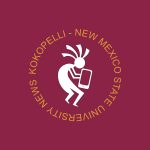 “We are in the book store business, not the convenience store business,” said bookstore general manager Jayna Whitehead.  “We just feel like Sodexo can better accommodate the students of the university.”

Collin King, the assistant bookstore manager added that the move will be beneficial for both the company and the students.

“The stores will close on December 8th,” King said. “The transition will begin December 15th and then Sodexo should be fully operating the two locations by the beginning of the spring semester.”

It is unknown whether Barnes & Noble was profiting from the two convenience store locations. Neither of the two managers wanted to comment on why the company handed the two retail spaces over to Sodexo, nor would they provide any information on how the change will affect the company.

The contract states that any purchases made at any of Sodexo’s retail outlets will be subject to an 11 percent commission tax paid back to Auxiliary Services. The sixth amendment includes the two retail locations now operated by the bookstore. Currently Sodexo’s retail services include the food court inside Corbett Center, Subway, Einstein Bros. Bagels, Gila Grill, and others.

Kim Huddleston, director of NMSU Auxiliary Business Support, believes this will be a better move for the university in terms of satisfying the NMSU community.

“Sodexo has a bigger staff to operate the locations,” Huddleston said. “The hours will be more consistent and they may even increase.”

Currently the two stores are open Monday through Friday from 7:30 a.m. to 5 p.m. Huddleston believes that Sodexo will include more of  its own foods into the stores, but is still unsure if the spaces will remain convenience stores.

“This will give more options for those families, Greeks and other residents in south campus to chose from, instead of your typical convenience store options,” Huddleston said.

Jeannine Pratt, a freshman studying electrical and computer engineering technology, is a frequent visitor of Aggie Corner. She expressed concern for those students who live on campus and do not own vehicles.

“On the weekends, Taos is our only option,” Pratt said. “My friends who don’t have cars rely on the Corner Store for basic needs like toothpaste, toilet paper and some different food options.”

Pratt also stated that that she fears that with Sodexo coming in, the price of food will be much higher than it already is in the store.

Sodexo failed to respond to multiple requests for comments on what the company is planning for the two retail spaces.