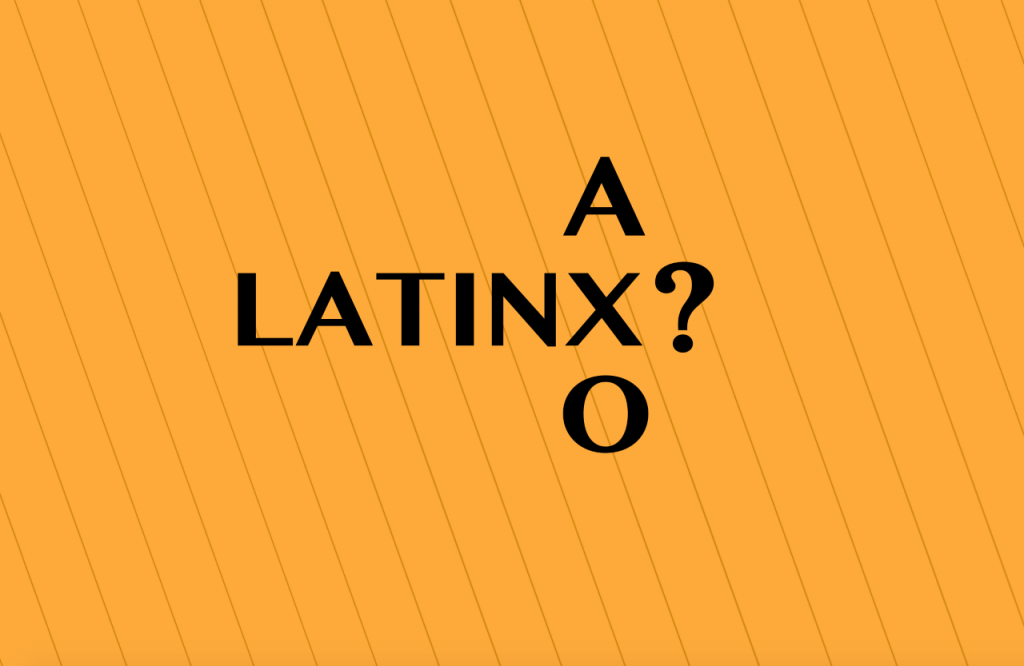 Latinx is a term used to refer to people of Latin American descent and provide a gender-neutral alternative to the commonly used Latina or Latino.

Merriam-Webster officially added the word to its dictionary in September 2018. The “x” at the end of Latinx is meant to signify whatever the person wants it to, giving complete freedom when it comes to expressing  gender or sexuality.

It is still somewhat unclear as to when the word originated, but there are some online sources that point to the mid 2000s. Although nothing is confirmed, the term has been going around for awhile and it still poses controversy to this day.

According to the Pew Research Center, only 3% of Latino adults in the U.S. use the word Latinx and 76% have never even heard of it.

So, why is it that a word that was created for a specific demographic is being used so little by said group of people?

The term is a product of the English language. It was created with the sole purpose of advancing inclusivity among Latin American people who live in the U.S.

I was born and raised in Mexico, and close to no one there knows about or uses the word Latinx. For them to know, they would have to be actively engaged in American media outlets and culture.

Mexico is currently having its own battle with inclusive language in Spanish with the word “Latine.” As opposed to English, Spanish is a gendered language using the letter “a” or “o” to differentiate between female and male. As more people identify as neither, this may make them uncomfortable.

While most Latinos argue against it, others are trying to push Latinx into everyday language. It may be hard for many older Latin American adults to catch up with this new gender-neutral term. It’s only natural for older generations who recently immigrated to feel indifferent toward it. It’s the younger generations who are adopting it more and more.

“I stand in the middle, and I truly believe it’s perfectly fine to do that when it comes to these controversial topics.”

Currently, I identify as a Latino, and I have no problem with people calling me or referring to me that way. I also understand there are lots of people out there who do not identify with either gender, so it’s perfectly natural for them to want to be identified as Latinx.

I stand in the middle, and I truly believe it’s perfectly fine to do that when it comes to these controversial topics. Inclusivity is extremely important; everyone should be respected, and everyone has the right to identify with different pronouns and terms that accurately reflect their gender and sexuality.

At the same time, it’s far too soon to get offended if someone calls you Latino or Latina. I don’t think you can force a term this quickly on society and expect everyone to be on board right away.

Likewise, I do understand where much of the outrage for the word Latinx comes from. Most of my older relatives would be annoyed at the addition of an “x” because it just goes against Spanish grammar. Nonetheless, I’ll always believe that language is inherently fluid and bound to change and adapt over time, and that means people may fight over it a little.

I assume that there are a lot of native Spanish speakers who, like me, are absolutely fine with this modification in language. So far, a lot of people have gotten on board with Latinx, which I think is very good. Minorities are being heard and it matters so much right now.

It fills me with hope that some corporations, newspapers, universities and even politicians are adapting their language to fit the times. The fact Webster’s added the word to the dictionary is quite amazing to me, too, because that would’ve been unheard of 10 years ago. We are living in an era of change.

Embracing and adapting to new terms is a natural part of our society. I say we give Latinx a few more years to catch up to people and see how upcoming generations of Latinxs respond to it. For now, at least, it’s good for more people to feel heard and included.

The views, thoughts, and opinions expressed in this article belong solely to the author, and not necessarily to New Mexico State University, the NMSU Department of Journalism and Media Studies, Kokopelli, or any other organization, committee, group or individual.