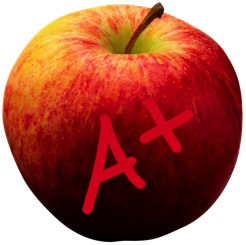 As teacher evaluations for the state of New Mexico were released last week, concerns are rising among administrators and educators within the Las Cruces Public Schools district regarding the legitimacy of the evaluation system and the effects of its results.

The state of New Mexico is currently ranked 49th in the nation for quality of education, and has adopted a fairly new evaluation system that grades schools based on overall student proficiency and test scores. These grades are given annually and the results often affect future decisions made by school districts regarding school curricula.

New Mexico schools have been using NMTEACH as an evaluation system for three years and, according to a Brown University study, it is ranked as the toughest evaluation system out of 24 states examined. Last year, New Mexico rated nearly 30 percent of teachers as ineffective while less than four percent were rated as such in each of the other 23 states.

“This evaluation system is based on five criteria: students’ achievement shown after taking one assessment, two observations by our principal or assistant principal, lesson plans and preparation, professionalism criteria, and our attendance,” Banks explained.

“Teachers are individually rated on a scale of 200 points. If you are rated 173–200 you would be considered exemplary. Then the scale moves down in number to highly effective, effective, minimally effective, and ineffective. The results are individually based, with most points awarded for student achievement, and because of this I feel like the system is very subjective,” Banks added.

The individual evaluation results are available to the public through the New Mexico Public Education Department website. Users can search individual school districts within the state of New Mexico and find A–F letter grades that have been given to each school within the district.

Banks also explained that only the scores of third, fourth and fifth graders are used to calculate a school’s A–F grade. This is because kindergarten through second grade tests are not as strictly supervised or given with strict fidelity.

Cheryl Carreon, a National Education Association representative for East Picacho Elementary school, shared a similar opinion regarding the grading system used throughout the state. She explained the most controversial component of NMTEACH is VAM, or the Value Added Model, which is used to determine overall improvement in student achievement, according to the New Mexico Public Education Department.

“Much of the problem with the VAM model evaluation system is how it came to be,” Carreon said. “It was a formula developed for use in agriculture to measure plant growth. Some of the key people who translated it to educational growth have stated that there are many problems with using it to measure student growth and therefore teachers.”

“There are many factors which impact student learning outside of the teacher and the school day. New Mexico has one of the highest rates of childhood poverty and unemployment which impact learning greatly. The overreliance on expansive tests such as poorly written EOC’s PARCC, and other tests is not developmentally appropriate. When we really study what impedes kids’ ability to learn, none of these tests addresses those key issues,” Carreon said.

Not only is the newly introduced NMTEACH evaluation system seen as flawed by current teachers, but by future educators as well.

“After the two semesters that I have spent as a practicum student, I can’t say that I actually look forward to being a teacher,” said Annie Loye, an NMSU student currently studying elementary education at New Mexico State University.

Loye explained that as a practicum student, she spends four days a week in a fifth grade classroom observing a teacher and learning how to interact with students.

“I work hands-on with a teacher every day at a school here in Las Cruces and I have noticed that the NMTEACH evaluation system causes an immense amount of stress especially around test time. I think this is because most teachers feel that they work fairly hard at what they do, but because of the unfair system, they aren’t receiving the recognition they deserve,” Loye said.

Loye is set to graduate in the spring of 2018, and indicates high expectations imposed by state-mandated standards is her greatest fear in becoming a teacher in New Mexico.

“As education majors, (my class) is consistently told that we will be teaching strictly based off of the district’s standards and that we won’t have the freedom that teachers in the past have had in their own classroom,” Loye said. Those in charge of making policies and standards for the state of New Mexico should reevaluate the system. Clearly something is wrong and it isn’t the educators.”