College football made its return to Las Cruces this Saturday. The Aggies took on the Nevada Wolf Pack and were defeated 23-12 at the Aggie Memorial home opener. With a few minutes remaining in the first quarter, fans were asked to leave the stadium and the game was delayed over half an hour due to a nearby lightning strike.

Once the game resumed, Aggie fans made their way back into Aggie Memorial. The atmosphere was filled with loud crowds, tailgates and energized fans. Longtime Aggie fan and NMSU alumnus, Rick Ortiz, said, “Love coming out and watching Aggie football, highs and lows, lots of lows.”

The Aggies had five turnovers on the night, 85 rushing yards and a combined 218 passing yards.

The scoring began early in the second quarter when the ball went through the Nevada quarterback’s hands and into the end zone, resulting in a safety. Two interceptions and a fumble in the second quarter, however, led to the Wolf Pack scoring 17 points and putting the Aggies in a 17-2 deficit at halftime.

NMSU quarterback Diego Pavia was replaced early in the third quarter by first-year freshman quarterback Gavin Frakes. Frakes immediately led the Aggies down the field with a 67-yard pass to senior wide receiver Justice Powers that eventually resulted in a 10-yard touchdown catch by Kordell David. Despite the quarterback change and third-quarter momentum, the Aggies only scored one field goal in the fourth quarter while the Wolf Pack scored two field goals, handing NMSU its first loss of the season.

In the post-game press conference, head coach Jerry Kill said, “You can’t turn it over five times … that’s the difference in a game.”  Despite the loss, Kill believes the “defense played their guts out.” Defensively, the Aggies gave up a total of 257 yards.

With the addition of Jerry Kill, fans are hoping for a change. Last year, the Aggies had an overall record of 2-10. Kill was pleased with the number of fans in attendance. “I hope [the fans] don’t give up on us, you know, because it’s just the beginning,” Kill said. Along with the attendance and atmosphere Kill added, “we gotta keep that up, it’s gonna take a village … and we have a good village if they stay with us. I know they will.”

The Aggies travel to Minnesota for their next game against the Minnesota Golden Gophers this Thursday, Sept. 1, 2022. Their next home game will be against Hawaii on Sept. 24, 2022. at 6 p.m.

Click on the images below for expanded view and caption info. 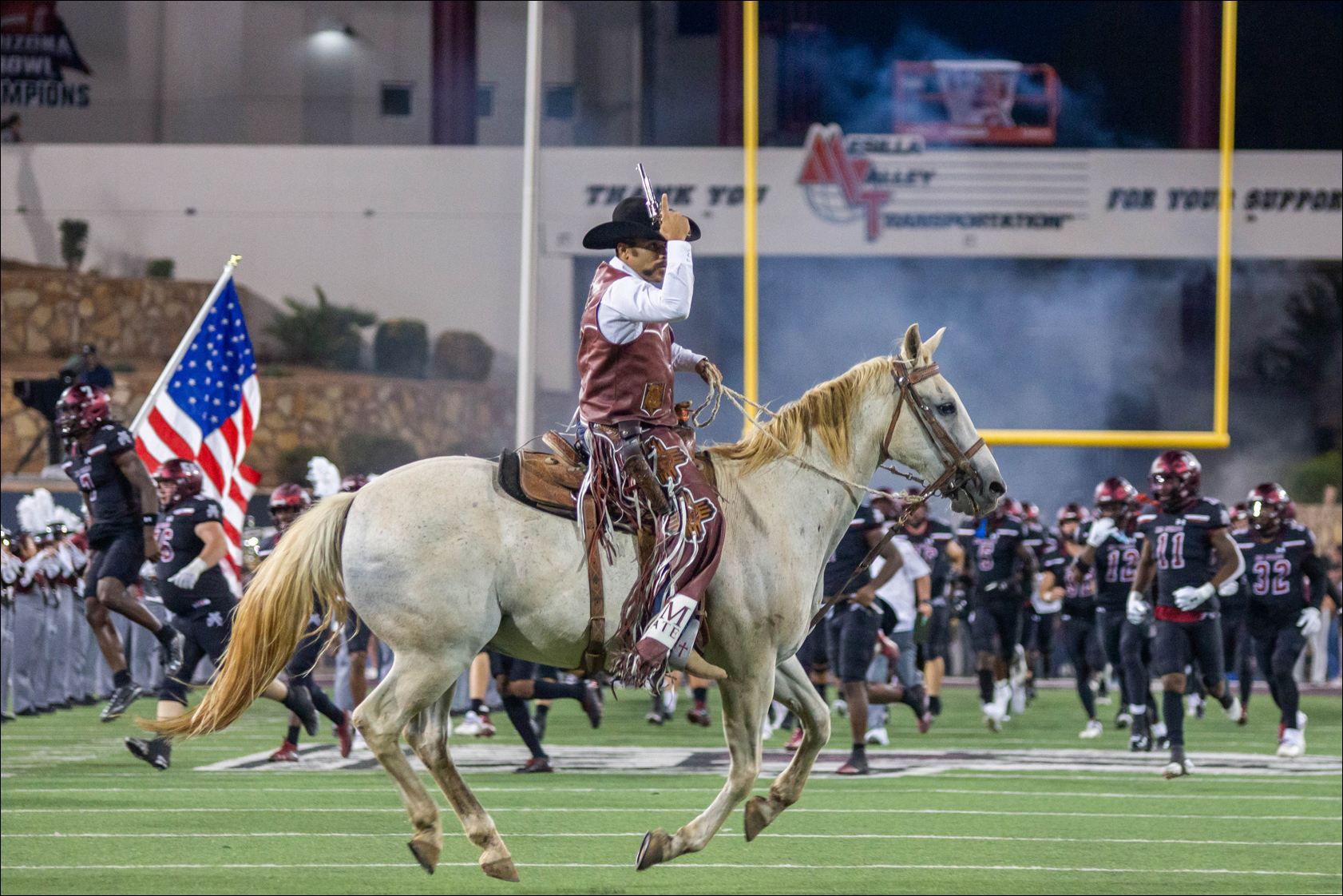 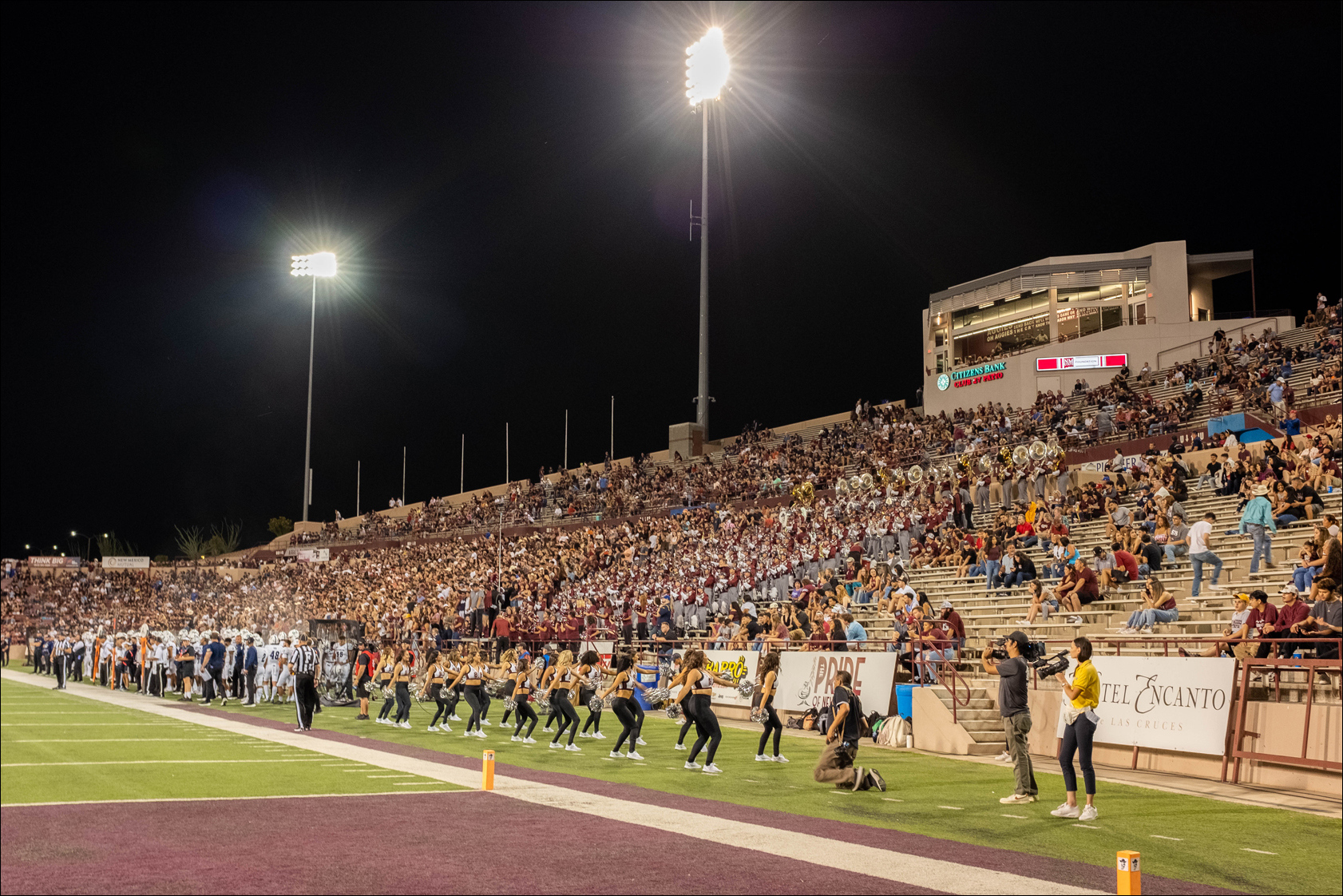 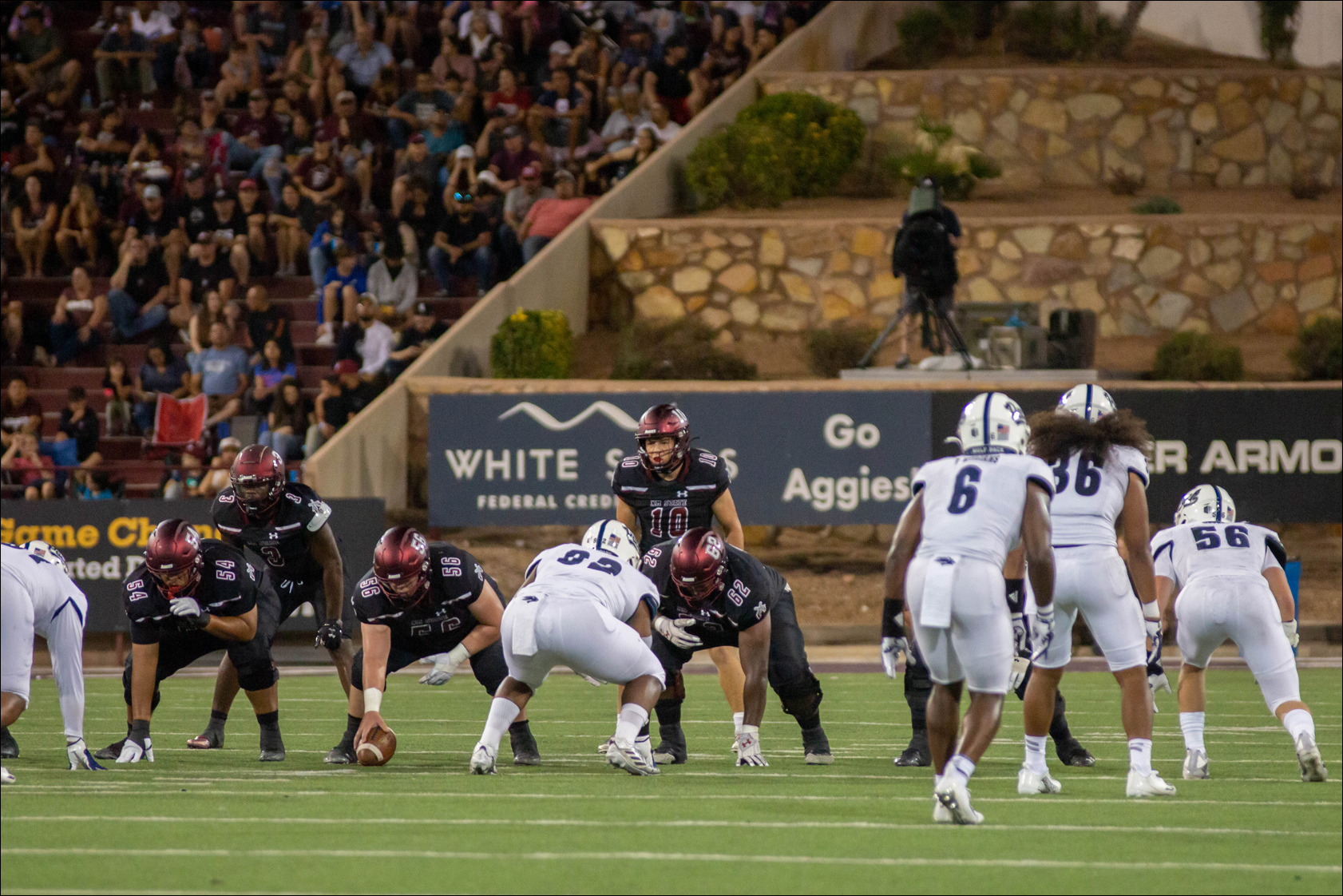 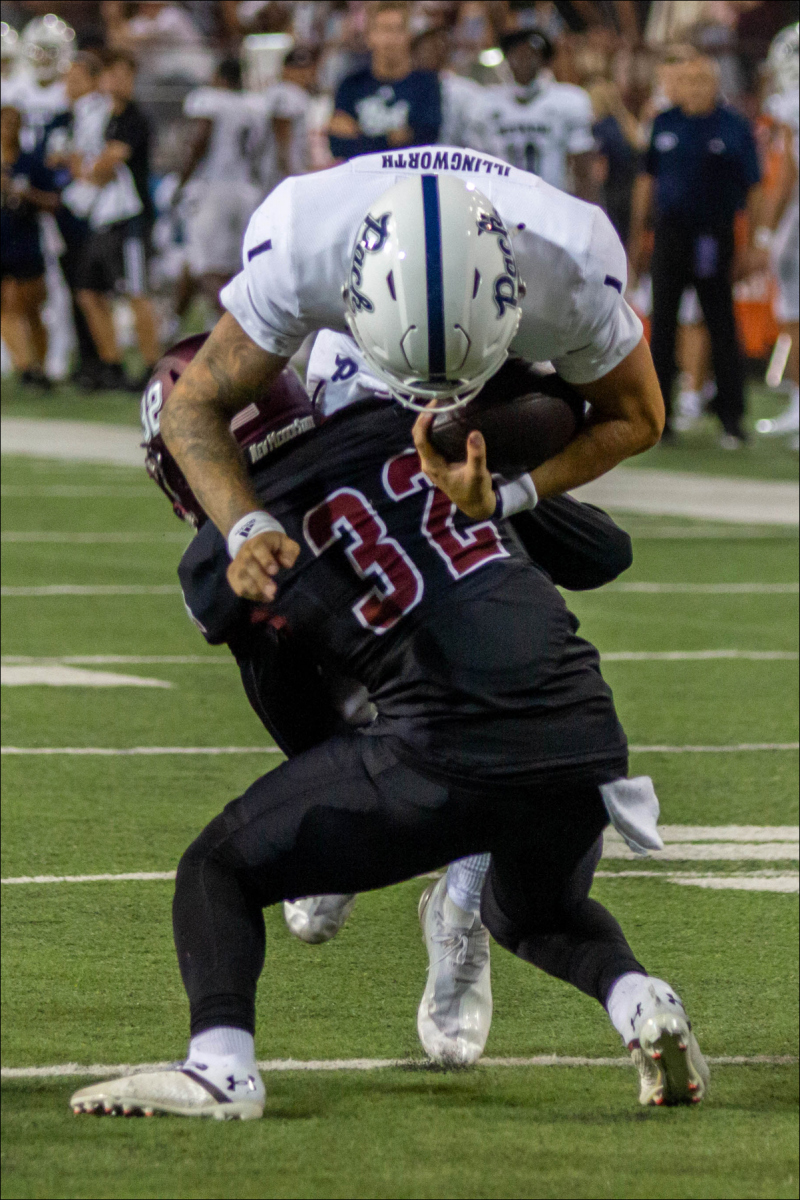 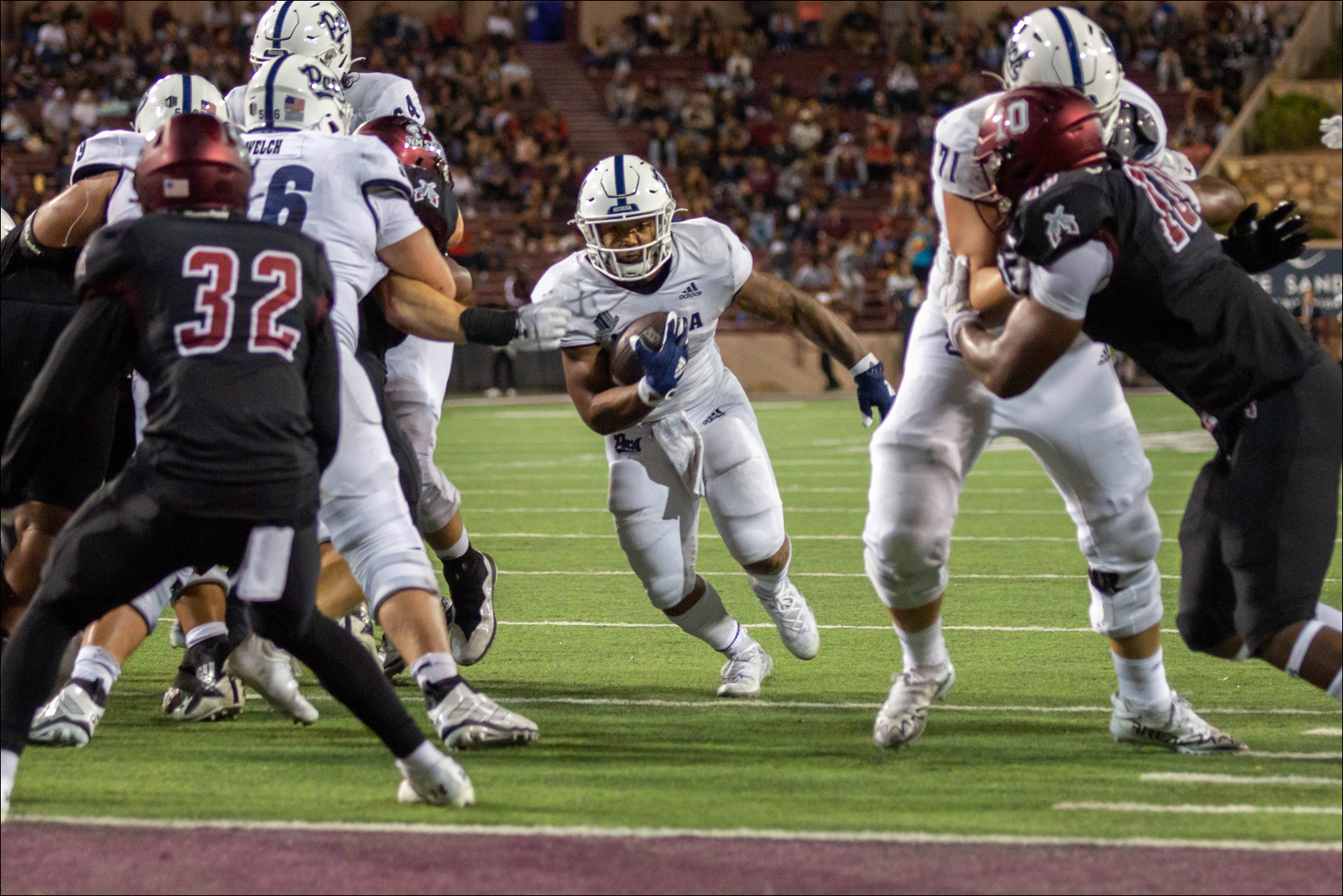 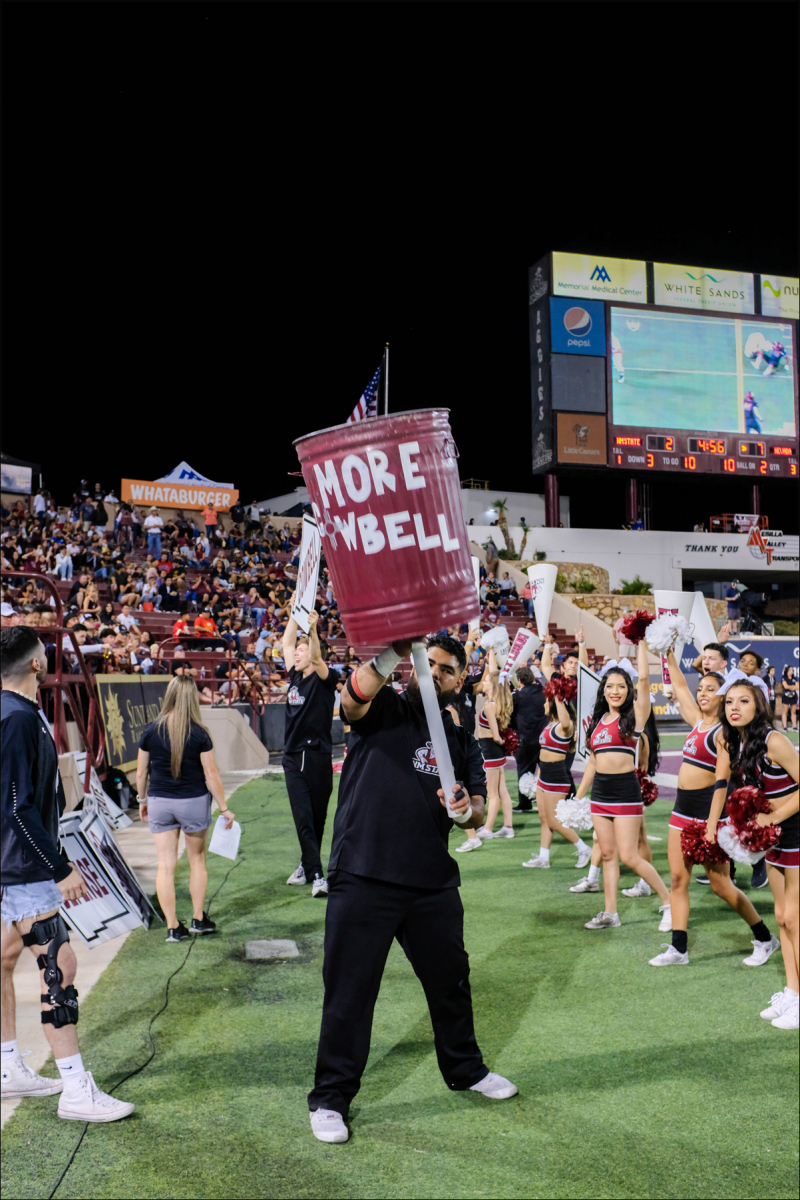